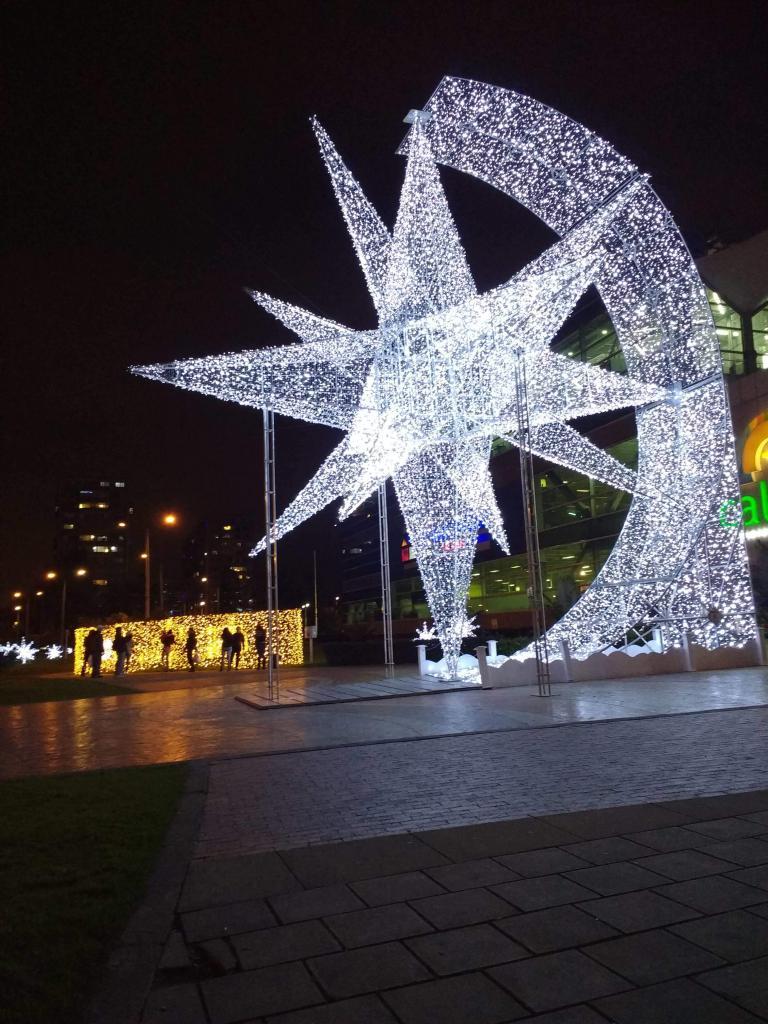 Colombian Christmas is a bit different from the Christmas I became accustomed to in the United States. For Colombians, it is one of the biggest times of the year.

The decorations for Colombian Christmas typically begin before Halloween has even passed. In Medellin, the entire month of November is spent getting ready for an event they call Alborada. Midnight of November 31st starts the unofficial tradition. The skies become lit up by fireworks all over the city. Unfortunately, due to poor control and planning of the fireworks, at least 10 Colombians are injured every year. That doesn’t stop them though! Authorities have attempted to stop this tradition for years, but to no avail. Nothing can stop the spirit of a Colombian!

Nationwide, the official festivities start on the 7th of December.
This day is called The Virgin of the Immaculate Conception, La Virgen de la Inmaculada, or commonly referred to as Candles Day, Día de las velitas.
On this day, friends, families, and neighbors meet together to light candles in the streets. The purpose of this tradition is to create a path to their houses, so that the Virgin Mary can bless them and their property. If you happen to be studying during the Colombian Christmas season, we even have our own Candles Day here at Whee Institute!

One of the most important Christmas traditions in Colombia is something called the Novena. It starts on the 16th of December and continues for every night until Christmas for a total of 9 nights. The tradition is for neighbors and communities to gather together and sing songs, hymns, and prayers. The 24th, the last day of Novena, is dedicated specifically to baby Jesus.

With Colombia being more of a religious country, the focus is more on baby Jesus than Santa Claus. Families always put up the Pesebre, which is the display of baby Jesus in the Manger. While they still do the traditional Christmas tree, the main focus is during Colombian Christmas on the Pesebre. For the children, they skip the milk and cookies with a letter to Santa; but instead write a letter to Baby Jesus, who comes the 24th, about what they want for Christmas. Thus, Colombian Christmas is celebrated on the 24th, with tons of games, food, and dancing.

The specific name for the games they play on the 24th is Alguinaldos. They are mainly very silly, but fun. One example is Tres Pies: where you have a partner, and you have to successfully stick your leg in between your partner’s leg to gain points. There is also one called Sí y No, where you cannot say yes or no the entire game. Another popular one is with straws. You are given a partner for the day and, whenever they want, they can tell you to put a straw in your mouth, and vice versa. If you do not, the other is awarded points. Sometimes toys and prizes are given to the winners to make the atmosphere more fun and dramatic. Additionally, on the 24th there is also something called the Noche Buena.  It is a giant feast at night with loads of typical Colombian foods.

The 25th is normally spent ailing hangovers by playing games and eating leftovers from the day before. But that’s not where the holiday festivities stop. In most cities and towns, they have events that span the entire week leading up to New Year’s Day. December 28th is what they call Día de los Innocentes, innocent’s day. It’s basically the opposite of what it sounds like, as there is nothing innocent about it. On this day, Colombians play all kinds of jokes and pranks on each other; the equivalent of April Fool’s day in United States. Even the news stations get on board by showing funny news or covering some of the citizens’ pranks.

The Fun Doesn’t End With Christmas

Some say that New Year’s is even bigger than Christmas. Colombians play with illegal fireworks, drink, and 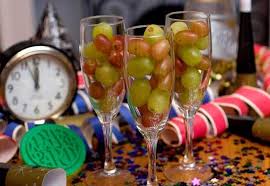 do many different traditions. Some of the more popular superstitions are to take a backpack and run around the neighborhood, wishing for amazing adventures in the upcoming year.

Another tradition is to eat 12 grapes during the last seconds of the year.  One grape for each month in the upcoming year, while making a different wish for each grape eaten. One of my personal favorites; however, is to pour champagne all over your body right at midnight, signifying prosperity. Or, if you don’t feel like wasting a good cup of champagne, you can always drink it and bring prosperity to the new year while wearing your yellow underpants.

As you can see, Colombia is quite the country when it comes to celebrating the Christmas holidays. If you find yourself in Colombia during this time of year, also try to make your way over to the coast. There you will find that Colombian Christmas spirit is even stronger!